The strange wild world of the eighth continent 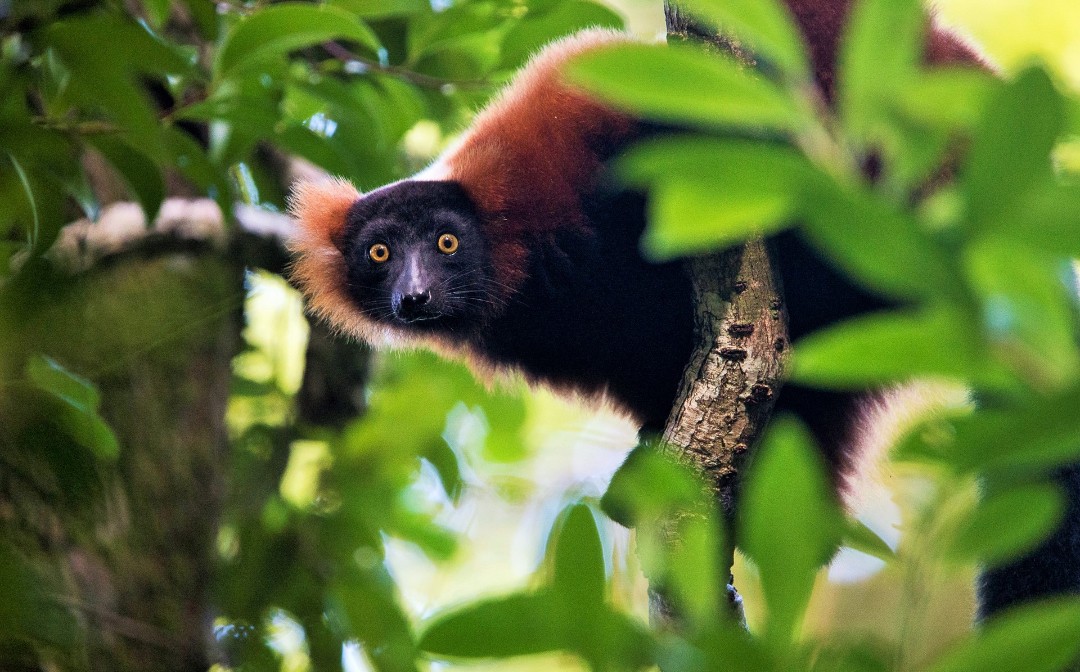 Imagine a place where almost all the animals, birds and plants that you see are completely new and strange, unlike anything you’ve encountered at home or on your travels around the world. This is Madagascar. Scientists describe its ecosystems as endemic, which means thousand upon thousand of its living organisms are unique to this incredible and beautiful place.

That Madagascar became this way is an accident of geography. 165 million years ago the island was attached to Africa, but the grinding, swirling and churning of the Earth’s crust tore it away. For fifteen million years it drifted, slowly reaching the place it occupies today, three hundred miles east of the southern end of the African Continent. As it moved, its animals changed and evolved. Madagascar was like the laboratory of some mad evolutionary scientist conducting experiments in splendid and unique isolation. But that isolation was not complete. Animals and plants blew on the wind or drifted on logs across the seas to Madagascar’s shores. That’s how the hippopotamus is believed to have come here, the only large African mammal to successfully make the journey. Today only fossil and bone evidence remains, and even this survivor of the African odyssey was changed by its new environment, evolving into a pygmy variety not much bigger than a dog. And here is one of the other things which make Madagascar’s biosphere so intriguing. It is as remarkable for the creatures that do not live here as the ones that do. Many of the plants and animals biologists would expect to be here are absent including all other large mammals like lions, giraffes, zebras and so on.

Anyone planning on travel to Madagascar knows about the lemurs for which it is famous. The gaps in the competitive world of evolution have left space for other unique species less well known but every bit as fascinating and alluring including chameleons, reptiles and amphibians, orchids and a heavenly island aviary of birds. The names themselves must make you curious; there’s the Madagascar fody, panther chameleon, the aye-aye, the hissing cockroach, the lowland streaked tenrec, the painted mantilla, comet moth, fossa, flat-tailed spider tortoise, tomato frog and our favourite here at Avventura Travels, the satanic leaf-tailed gecko.

The sad truth is, this really may be a last chance to see…

The vast majority of Madagascar’s unique and precious plant and animal life is facing the very real threat of extinction. Deforestation and illegal animal smuggling mean that for example, experts estimate 91% of lemur species are on the verge of being wiped out. Great efforts have been made in recent years to protect this precious Noah’s Ark and Avventura Travels is committed to only involving itself in genuinely sustainable enterprises on the island, to help at best and to do no harm at least. Undoubtedly many creatures will be but a memory in a very few years. Take this opportunity to make them your memory too.