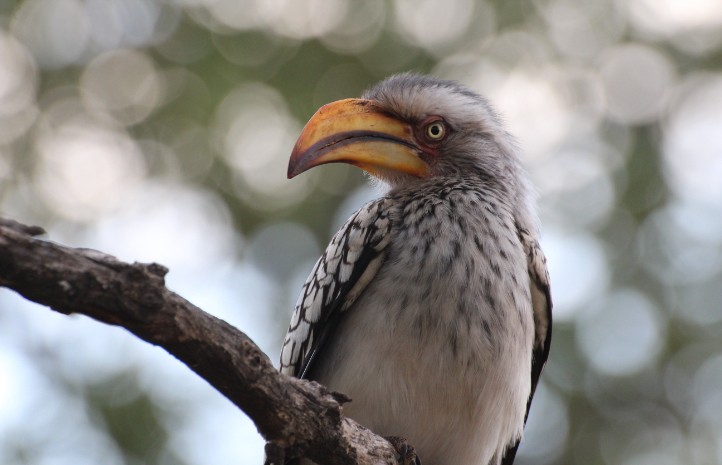 The American author Hemingway once wrote, “If I have ever seen magic, it has been in Africa.” From wildlife parks as big as countries to cities of bustling excitement and people of warmth and humour, South Africa quite simply has everything.…

+ Click to read more
The iconic Table Mountain watches over the city of Cape Town, the oldest in the land, and its beautiful natural harbour beyond. The “table” after which the mountain is named is a plateau, two miles wide, which hides a complex labyrinth of dams and valleys just waiting to be explored.
No visit to South Africa would be complete without wine and wildlife. The grape has been put to work in the Constantia Valley for longer than anywhere else in the southern hemisphere. The farms of the region may be only a bike ride apart but the subtle changes of soil and aspect make for real differences between the wines they each produce.
For a leisurely shopping experience, the Victoria and Alfred Waterfront in Cape Town’s beautiful working harbour is hard to beat. Here the day cruise boats also ply their trade offering numerous delightful excursions including to Robben Island. This was the jail where Nelson Mandela was held for the majority of the twenty-seven years he spent imprisoned before his triumphal release in 1990. A place of pain is now one of commemoration and remembrance, an open memorial to his sacrifices made not only by the late president but also all those lesser known freedom fighters against apartheid who suffered alongside him.
For many visitors to this country it is not the works of man they seek but the “big five,” the lion, leopard, rhinoceros, elephant and Cape buffalo. Now synonymous with the grandeur and majesty of the wild, this quintet once represented the height of the hunter’s ambition as each of the animals is renowned for being the most difficult quarry to track and kill on foot. Thankfully photographers have replaced the hunters today and visitors can be sure of highly professional expert guidance through the bush in search of sights never to be forgotten. Where once man ravaged the animal kingdom today conservation and respect for wildlife are paramount. Tourism provides employment for many local people and there is a clear understanding today that this can only continue if the industry works with nature and not against it. There is also great pride in a country of such beauty and diversity that the world beats a path to its door to share its wonders.
Johannesburg was a nineteenth century gold town. The Witwatersrand Gold Rush of 1886 came to a tiny, dishevelled backwater called Ferreira’s Camp and within ten years the siren call of untold riches turned it into South Africa’s largest city. The mines are still very much in evidence today but the city itself is transformed into a thriving modern metropolis which more than four and a half million people call home. The city’s wealth comes not just from the ground but is on display in a host of museums, galleries, shops and restaurants all waiting to be explored. Nor does Johannesburg live in its past; it is the epicentre for the explosion of street art to be found in sub-Saharan Africa and the walls and buildings evolve at lightning speed. Artists come here from all over the world to work alongside the local talent and colour is simply everywhere.

Explore the rugged beauty of South Africa from the top of Table Mountain to the sparkling shoreline and crystal-clear waters of Knysna along the country’s fabled Garden Route. Meet the marine “big five” (whale, shark, dolphin, seal and penguin) in their natural environment and discover beauty like you’ve never experienced before.

Revel in luxury among the legendary wildlife of South Africa on your own private safari. Come face-to-face with the “big five” in the wild under the expert guidance of experienced trackers while enjoying the comfort of your exclusive eco-lodge. This is life in the bush at its best.

Marakele National Park is in a semi-arid area and during the dry months of May to September, animals congregate around the diminishing water holes. From October to April newborn animals are often seen as can the arrival of the migratory birds. Rainfall during December to February tends to be in the form of short, sharp thunderstorms.

Victoria Falls
Victoria Falls are normally at their most powerful from April to June following the summer rains. Visitors at this time will see how the falls got their name ‘the smoke that thunders’ as there is a constant spray rising from the gorge. Walking trails can get slippery and be prepared to get wet from the power of the spray. July to August the water levels are lower and the falls more visible. This is generally the start of the white-water rafting season. September to November the water levels over the falls are at their lowest and temperatures can average up to 35ºC. This is one of the best times for game viewing along the shores of the Zambezi. December to March is the rainy season but also the height of the summer so temperatures can be as high as 30ºC with dramatic thunderstorms to break the humidity.