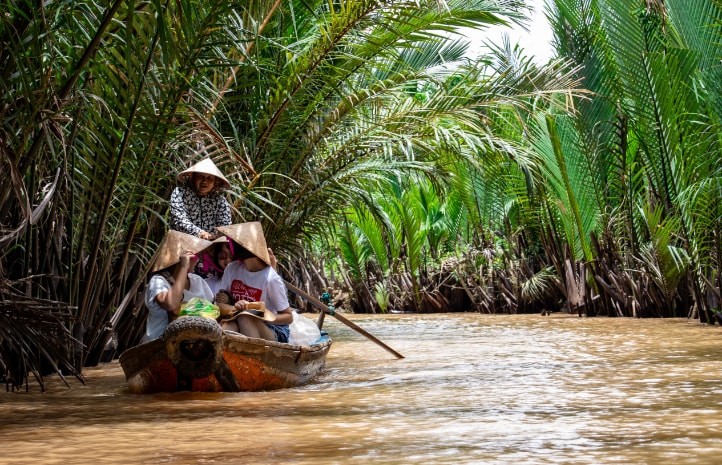 The natural beauty of Vietnam with its lush, green mountains and otherworldly coastline is matched by the madcap energy of its cities, its ancient temples and colonial architecture. Cambodia by contrast is a far gentler experience, with its, floating villages and the majesty of Angkor Wat.…

+ Click to read more
Hanoi is one of the oldest capital cities in the world and a tour by Jeep is an ideal way to take in the sights, sounds and smells of this bustling metropolis with its army of street traders selling the food which has helped to make Vietnamese cuisine famous.
If the seaplane flight over Halong Bay feels strangely familiar, that’s because this spectacular tableau of limestone formations has been used as the backdrop for myriad films from Bond to Kong. With fewer tourists and the added advantage of glorious white sand beaches, Avventura will take you on a cruise on Lan Ha Bay, just to the southwest. From this perfect water-born viewpoint you will be able to get a closer look at its thousands of islands with rainforest vegetation perched precariously on their heights.
The ancient Cham culture of Vietnam can seem impenetrable to western minds so there is no better way to explore it than with the guidance of Mr. Tran Ky Phuong, a leading authority who has written extensively about the Vietnamese and their past. He will reveal the mysteries of the sprawling My Son complex of temples, some of which have stood for seventeen hundred years in this Cham, Valley of the Kings.
Ho Chi Minh City is still known to local people as Saigon. It’s one of the youngest cities in the world with half of its eight million inhabitants under the age of thirty-five. Touring the streets on the back of a vintage Vespa scooter gets you right to the heart of this noisy, buzzing place filled with cafes, bars and boutiques with their inventive locally produce, food and fashion, all among the atmospheric colonial buildings.
Among the beauty of the country, both natural and manmade, it would be wrong to visit Vietnam without seeing the Cu Chi tunnels. This underground world was first created by the resistance to the French colonial masters and greatly expanded during the Vietnam war. At that time this labyrinth was 200 kms (125 miles) long and 3-4 metres (10-13 feet) deep. It includes countless chambers excavated by hand into meeting rooms, medical posts and weapons stores.
From human ingenuity in war to man’s search for the spiritual, the contrast with Siem Reap in Cambodia could not be greater. The needs of visitors to the Angkor temple complex have fuelled the growth of Siem Reap from a village to a city in about a hundred years. Its restaurants and bars have transformed it into an Asian gourmet paradise – contemporary earthly pleasures to contrast with the divine ancient structures on its doorstep. Visitors to Cambodia generally have a visit to an Apsara dance show high on their wish list. A world away from the shows concocted to do the rounds of the tourist hotels, the Sacred Dancers of Angkor are the original Aspara dancers, performing a Khmer ballet with its roots in the earliest forms of Cambodian culture. Regarded as a conduit between man and the gods, the elegance and grace of the performance is accompanied by silence broken only by the tinkling of the xylophones which mark time for them.
Nothing can prepare the first time visitor to Angkor Wat for the scale and splendour of this amazing place. Watch the sunrise in the shadow of the world’s largest religious building surrounded by sprawling temples in every direction, and then explore the jungle trails by bike. The abandoned city is believed to have been the largest in Southeast Asia during the late Dark Ages and was home to a million people when London’s populace numbered no more than 50,000. The Bayon temple was built on the orders of Jayavarman VII in part to demonstrate his glory. Its fifty-four towers are bedecked with more than two hundred huge grinning faces carved into the stonework. Jayavarman’s mother is responsible for the construction of another of Angkor’s wonders, the temple of Ta Phrom, also known as the Tomb Raider Temple. Everywhere masonry is entwined by jungle vegetation as if it were trying to reclaim the land back from man on nature’s behalf. 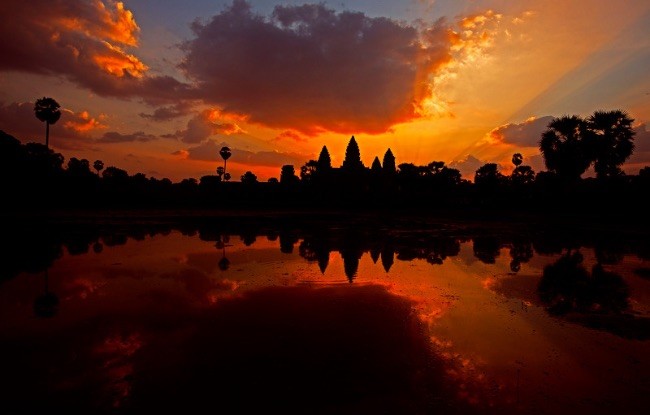 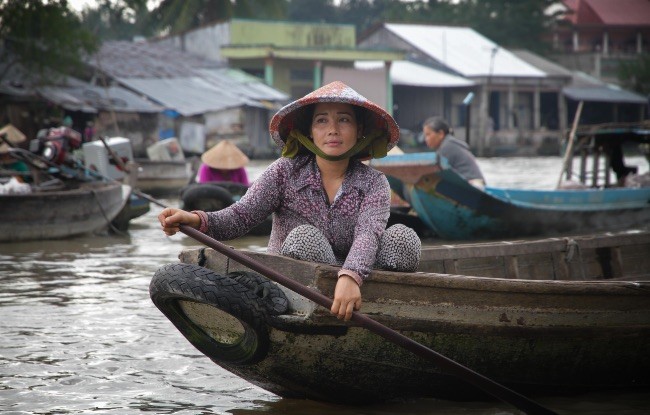 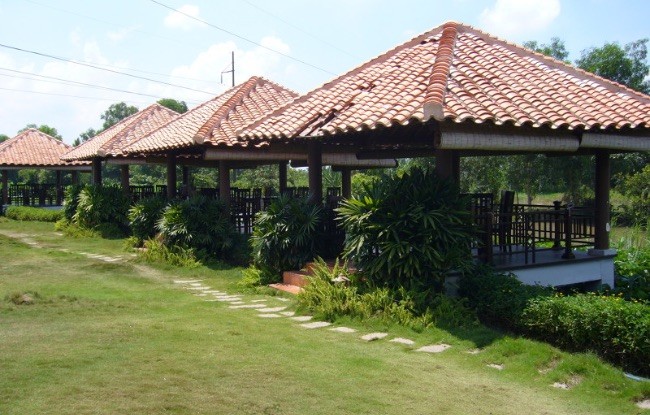 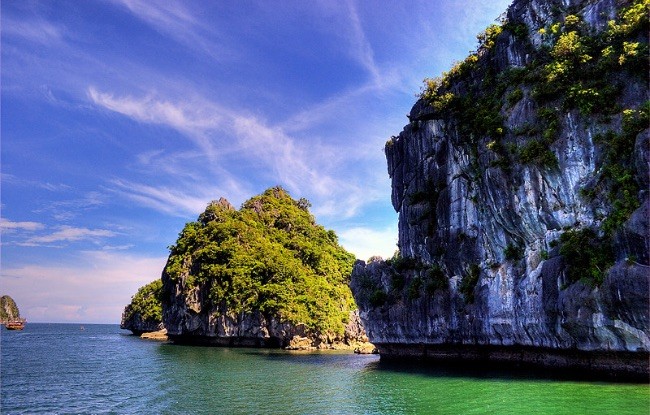 Vietnam
Vietnam’s climate is as diverse as its landscapes with different seasons across the country. From March to May, the weather in the north is generally warm and dry with the rainy season starting in June. Humidity and heat can be high between May and October, with temperatures cooling off from November. Central Vietnam can experience periodic rain showers from September through to January, with the wettest months being December and January. Temperatures start to rise with August normally being the hottest month.

The south of Vietnam has a dry season from December through to April with a rainy season from May to November. This is often known as the ‘green season’, due to the lush and tropical landscapes created by the rains.

Cambodia
Cambodia tends to have little seasonal temperature variations with an average of 28°C (82°F) across the year. During the dry season from October to April, expect early starts for visiting Angkor Wat so that you can relax poolside during the main heat of the day. Influenced by the south west monsoons, the wet season in Cambodia is from May through to October. Rain can be heavy from July through to September, but visitors during this time get to experience the temples without the crowds. Also with the temple moats full, it’s a perfect time for some reflective photography.