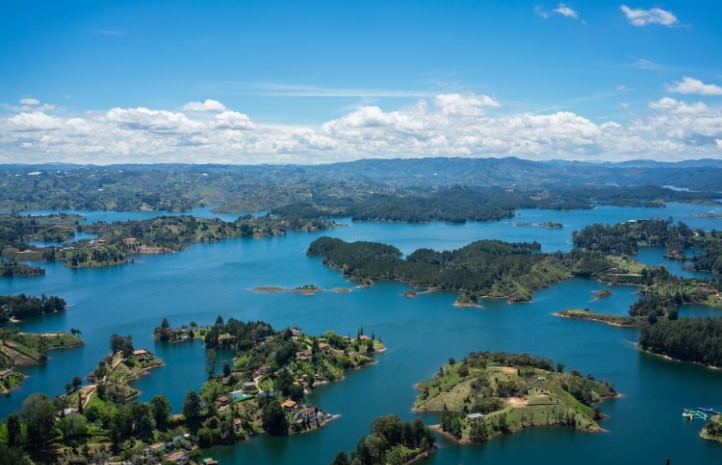 For colour and contrast Colombia is hard to beat. From cities in the sky, high up in the magical Andes Mountains to the lush jungles and plains of the Amazon basin, Colombia is a world of variation. Nestling between the Pacific and the Caribbean, this is the true unspoilt Latin America. See the natural beauty of its abundant wildlife. Hear the waves from two seas lap the beautiful beaches. Feel the energy-giving warmth of a luxurious tropical climate. Taste and smell the world’s favourite coffee on the traditional farms where it is nurtured and treasured. The world is only just waking up to Colombia’s delights. Visit Colombia and be one of the first to discover one of South America’s best kept secrets…

+ Click to read more
Here, the mighty Andes meets the mysterious rainforest and the fabled Amazon river. Colombia has coasts on the North Pacific Ocean and the Caribbean Sea. If you want swaying palms, apparently endless beaches and lush majestic mountains, Colombia has them all. Colombia’s plant life and animals come in remarkable variety. Scientists say it’s the second most biodiverse country in the world. Wax palms soar skywards from the jungle floor, roosted in by eagles, toucan and fifty-four different breeds of parrots.
Close to the equator, the climate is tropical and the passing seasons are barely noticeable as temperatures stay roughly the same all year round. Elevation is the key and the higher you go (and you can climb to 5,775 metres or 19,000 feet) the cooler it gets. The big variable is rain. The dry season (or winter as it’s called by Colombians) is from December to March but even then, the variation across the country can be massive, from the thin air of the snow-capped Andean peaks to the steamy interior of the world’s densest rainforest.
Christopher Columbus arrived here in 1499 and while Spanish rule ended in 1819 the country we know today as Colombia finally emerged in 1903. In human terms, Colombia is one of the most diverse countries in the world; its people are a mix of no fewer than eighty-five different ethnic groups.
Colombia is a stunning, emerging destination, enjoying stability and economic prosperity after decades of conflict. Our specialists have been visiting for a number of years now, and they’d encourage you to tour Colombia before everyone else catches on. At Avventura, we believe Colombia is on the way to becoming one of the most sought-after Latin American destinations. However, for now, making a trip to Colombia really is to take the path less travelled. Significant improvements in government and economy in recent years mean after years in the shadows it’s a true emerging destination, a secret gem ready to reveal its secrets. Now you can be one of the first to experience the unique history, geography and culture of this undiscovered country.
Colombia produces some of the world’s finest coffee, often lovingly grown and tended in the same way as it has been for more than a hundred years. The much sought-after bean became so important to the nation’s culture and heritage almost by accident. A Catholic priest with a taste for a good cup told members of his congregation that instead of saying three Hail Marys after confession they should plant three coffee plants – and thus an industry was born.
While fifty percent of Colombia is jungle, all but three percent of the people live in the land beyond. Man’s mark on that land stretches from ancient ruins from times before the Incas through to glorious colonial architecture. No trip to Colombia would be complete without spending time in that most colourful of capitals, Bogotá, with its cobbled roads and vibrant street art and some of the finest and most exotic galleries and museums in the world.
Colombia is a fusion of cultures, from Spanish and indigenous Colombian to African and even Arab influences – all of which are reflected in the food and drink, the music and dance, the costume and architecture.
Visit Colombia with Avventura and you will see places even many seasoned travellers to this unspoilt land have seldom seen nor even known about. Let our hand-picked local guides show you their Colombia, a land of colour and contrast, of warm inquisitive, welcoming people, a country of beauty and intrigue. Follow in the footsteps of Columbus. Colombia is waiting for you to take your voyage of discovery. 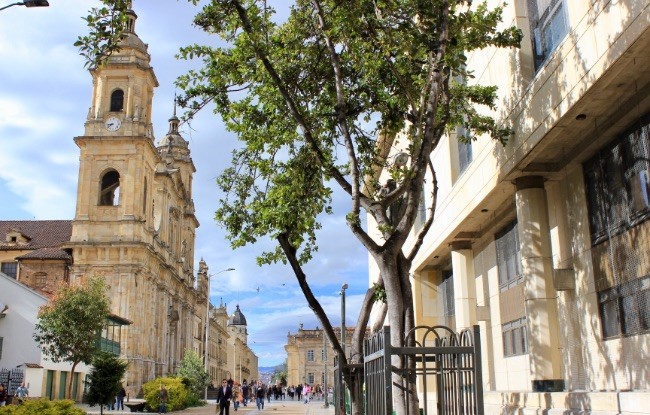 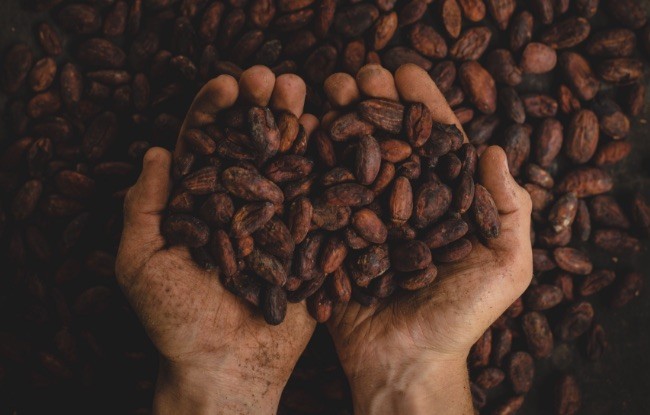 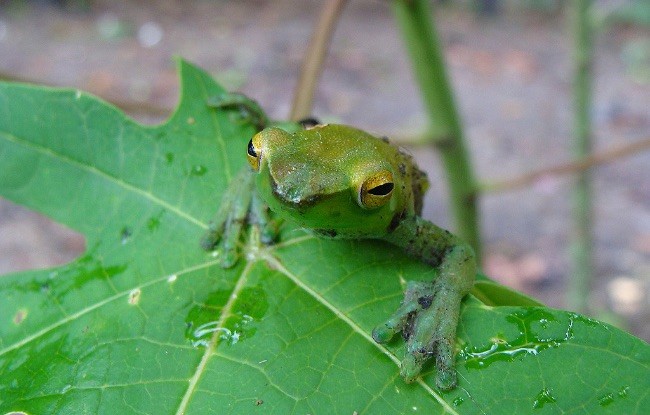 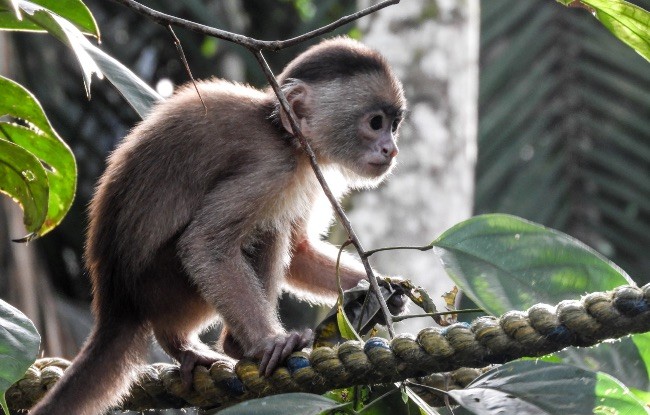 Colombia’s climate is determined by regional rather than seasonal differences and when it is dry in one region it can be wet in another.

Bogotá, in the eastern part of the Andes, has a fairly consistent temperature due to its proximity to the equator, with December, January, July and August being the drier months. Due to its altitude, night time temperatures drop more significantly in the Coffee Region whilst Cartagena’s beaches are busiest from December through to April when it is dry and sunny.

The Colombian Amazon’s wet season is from December to June and explorations by boat are better at this time. It’s also a great time for birding. From July onwards, the water levels start to recede and this is when mammals start to congregate by the tributaries and lakes.

Los Llanos is a year round destination and there are different experiences to be enjoyed dependent on the season. The wet season is from April to November and the scenery changes quite dramatically as the plains flood and turn green. It’s a good time to see the aquatic bird life. From December to March during the dry season, the temperatures rise and this is a great time to explore the area by foot or on horseback.