The natural treasures of Golfo Dulce 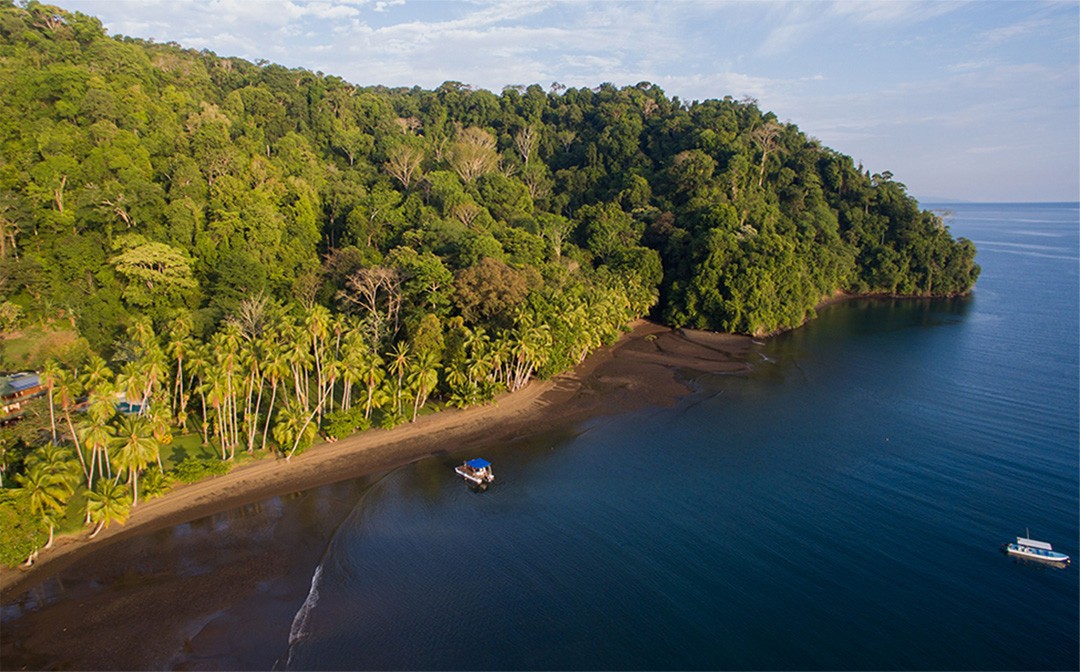 There is no better place to experience the natural wonders of Costa Rica than Golfo Dulce. This breathtakingly beautiful part of the country amounts to only three percent of its total land area but astonishingly is home to half of its total flora and fauna. Land and sea teem with life, and as such, the government has designated a remarkable seventeen protected nature reserves here.

It’s described as a tropical fjord, one of only four in the world and has an average annual temperature of 30⁰ C (86⁰ F). The high humidity and the abundance of fresh-water lakes and rivers help give the area its extraordinary fertility. It’s also home to Reserva Indígena Guaymí de Conte Burica, a protected area reserved for the country’s indigenous tribes.

Golfo Dulce means “Sweet Gulf,” and it most certainly lives up to its name. The northeast part of the gulf holds the Piedra Blancas National Park; 35,000 acres of tropical lowland rainforest containing some of the rarest and least understood plants in the world. Such has been the success of the marine conservation work done here that in February 2019 Golfo Dulce was named as a Mission Blue Hope Spot – a place recognised by experts as critical for the health of the oceans of the world.

The area boasts the country’s first shark sanctuary, set up to protect the scalloped hammerhead shark which uses these waters as a breeding ground before moving upriver into the dense mangroves. Whale shark and rays abound as do large fish like dorados, needlefish (which can jump out of the water at almost forty miles per hour) and marlin.

Other marine species that frequent the tropical gulf include humpback whales and four different kinds of dolphin. Fish and marine mammals are drawn here to breed due to the incredibly clean, warm water and the huge quantities of smaller fish and plankton on which to feed. A plentiful supply of jellyfish and marine plant life also encourage numerous varieties of sea turtle including Pacific green sea turtle, olive ridley, hawksbill, and Pacific leatherback. Other reptiles visitors may be fortunate enough to see include saltwater caimans, crocodiles. Then there’s the yellow-bellied sea snake; pure black on top and banana-yellow underneath, this highly unusual creature spends its entire life at sea, and despite being a fearsome predator under the water is completely helpless if washed ashore. Its bite is highly poisonous, but it saves its deadly venom strictly for hunting.

Staying at the beautiful hideaway of Playa Cativo Lodge, whether kayaking through the mangroves or lazing on the golden beaches, snorkelling among the sea life or surfing or paddle-boarding on top of the waves, the marvels of nature are ever-present. This lush and beautiful coastline has a habit of bringing out the explorer in those who visit and guests need only step from their rooms to be immersed in nature. Walks, guided or on your own through the private reserve give ample opportunity for bird watching and for examining the plant life which is among the most diverse in the whole of Central America.

The land is as supportive to a wide range of life as the sea with geckos and iguanas, toucan and scarlet macaw. The rivers and lakes support a fascinating array of amphibians including the garishly coloured poison dart frogs which can be found in electric greens, blues, oranges and reds. The bright hues of these insect-eating creatures are designed to warn potential predators that their skin is covered in a powerful poison. Their name derives from the indigenous tribesmen who used to use the deadly toxin to coat the tips of their arrows and spears.

A number of different monkeys live in the forest including the Central American squirrel monkey (only found in Costa Rica and Panama) and the Geoffrey’s spider monkey. It’s almost inevitable that you will hear the mantled howler monkey before you see it. They have the distinction of being the loudest animal in the whole of the Americas with their trademark howls being heard from as much as three miles away. The forests of Golfo Dulce are also home to one of the most intelligent of the monkey family, the white-headed capuchin. These playful animals have a unique way of showing how much they trust each other, by allowing friends and family members to stick a finger into their eye socket, right up to the knuckle!